Local knowledge can be defined as a group of living, transmitted knowledge from generation to generation within a certain community, and it is a vital part of the cultural and spiritual identity of that community. Local or traditional knowledge is considered alive because it is carried by the living, civilized social fabric of the local community, and its ownership is available to all members of the community and is within reach of the ordinary person without the need for intervention by state institutions and market mechanisms. It is an integral and indispensable part of the prevailing culture within the community. This rich heritage involves the discovery of various uses of resources available to each local community in order to satisfy various human needs, whether these resources are components of geological formations or natural covers, including plants and animals. Traditional knowledge also represents the long-standing experiences of various civilizations in the conservation of various plant and animal species.

At the Palestinian Level:

- There are traditional knowledge related to proverbs, poems, traditional songs, Dabkah (a traditional dance) and various types of clothing for each region, and detailed knowledge about the design and creation of expressive paintings that are not taught in schools or workshops but are inherited by generations.
- There are agricultural tools-based knowledge such as plows in various types, sickles, large halls wooden-made mesh sieves (Cherbal) and small halls wooden-made mesh sieves among other tools that farmers need at various stages of agriculture - from plowing to pressing - and places of storage, and how to preserve grains throughout the year. I believe that the innovations created in the field of agriculture were among the most inherited innovations due to the need on the one hand, and due to the time and effort spent in production to realize self-sufficiency throughout the year on the other hand. Therefore, the way of making raisins and dried-figs were introduced by using natural materials without the need for drying ovens, how to make the plow for first plowing was also known as well as the last plowing too. The details in the design and work coincide with scientific theories despite not being aware of these theories.
- In environmental knowledge, the names of plants, their locations and proper habitats were known; what is beneficial and what is harmful was also known; when they are eaten or used for medicine, and the water harvesting systems were known and how to plan for and apply it.
- The climate, rain and snow were known, and there are many proverbs passed down from generation to another with real meanings, along with knowledge of some indicators in nature related to weather conditions.
In addition, the herbal medicine, cauterization or other traditional knowledge based on experiential and certain knowledge were also known.
Notwithstanding the aforementioned, the current state of traditional knowledge in Palestine is not documented and demolishing with the decline of elders. This is due to various reasons for the lack of communication between generations. 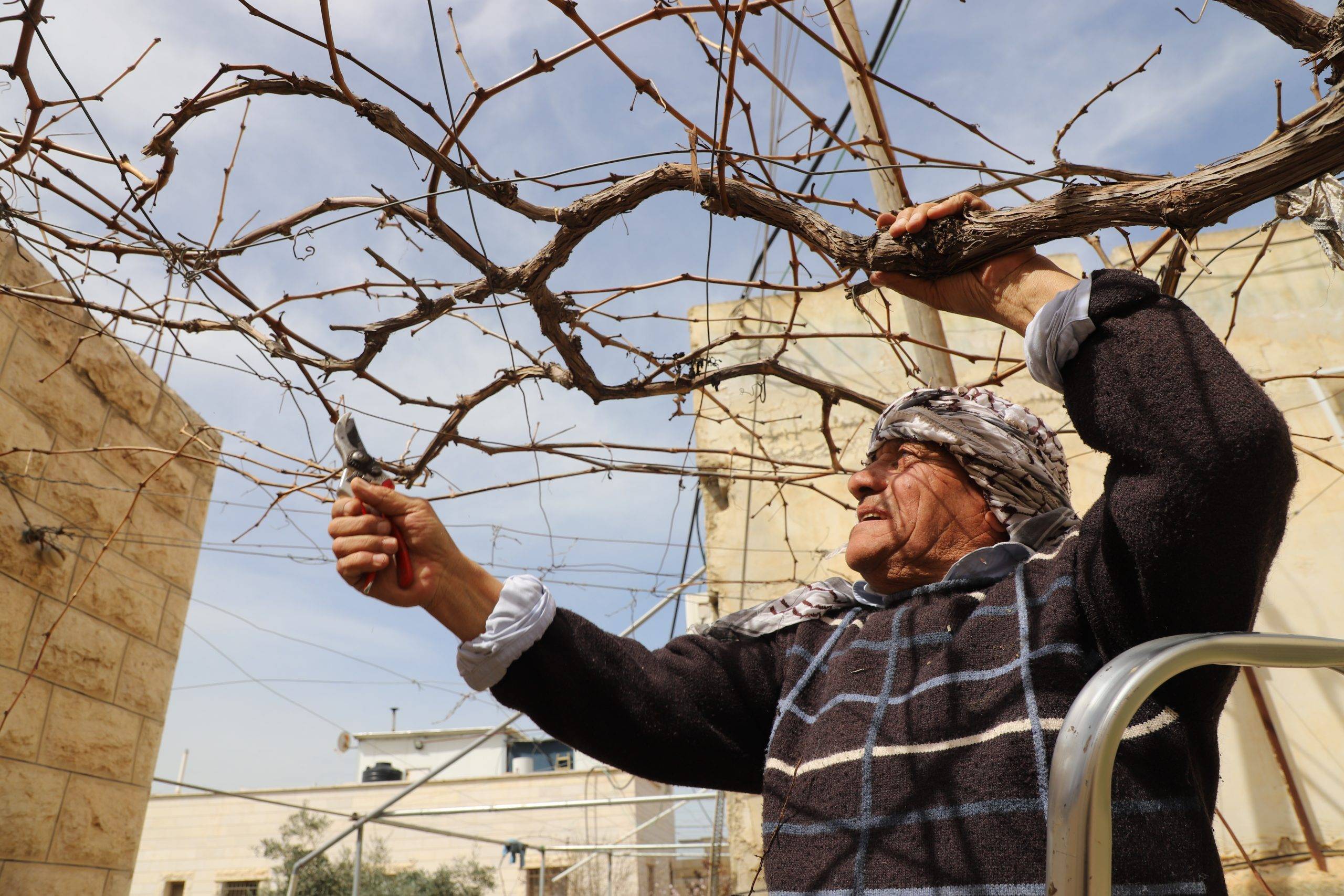 In addition, curricula at all levels do not reflect the same, but rather are a prevalent copy of Western education systems. No efforts are made to make the required update and the development requirements of the Palestinian rural as being the true bearer of traditional knowledge heritage are not present. Moreover, the formal education system pushes younger generations away from our civilization heritage and traditional knowledge.
Am educated person from the rural area, who moves to the city becomes captivated by imported Western culture, disdains his local heritage, and cuts their social ties with the countryside, as if he has no connection to the development of rural communities. There has also become a distorted view of what is traditional, to the point where some may feel ashamed if they are referred to as rural person. In addition, the way of life in the rural area has become an immitation of the Western model in terms of consumption pattern, neglect of many plant and animal components that used to play a key role in producing elements of life. Local knowledge must be developed and built upon inherited knowledge by adapting new techniques in favor of the continuity and sustainability of such knowledge.
For instance, the aid that some rural and Bedouins communities experience is often seen as a clear invitation to leave farming and its hardships and rely on ready-made things. In reality, this is an introduction to separating the residents of these communities from their real environment and ignoring their local knowledge and identity, and making them consumers rather than producers, i.e. relying on imports from abroad.
Therefore, I call on the civil society organizations, research centers and official institutions to pay more attention to this cultural and civilized heritage, considering it a harmonious and integrated model of different dimensions such as economy, environment, education and culture. 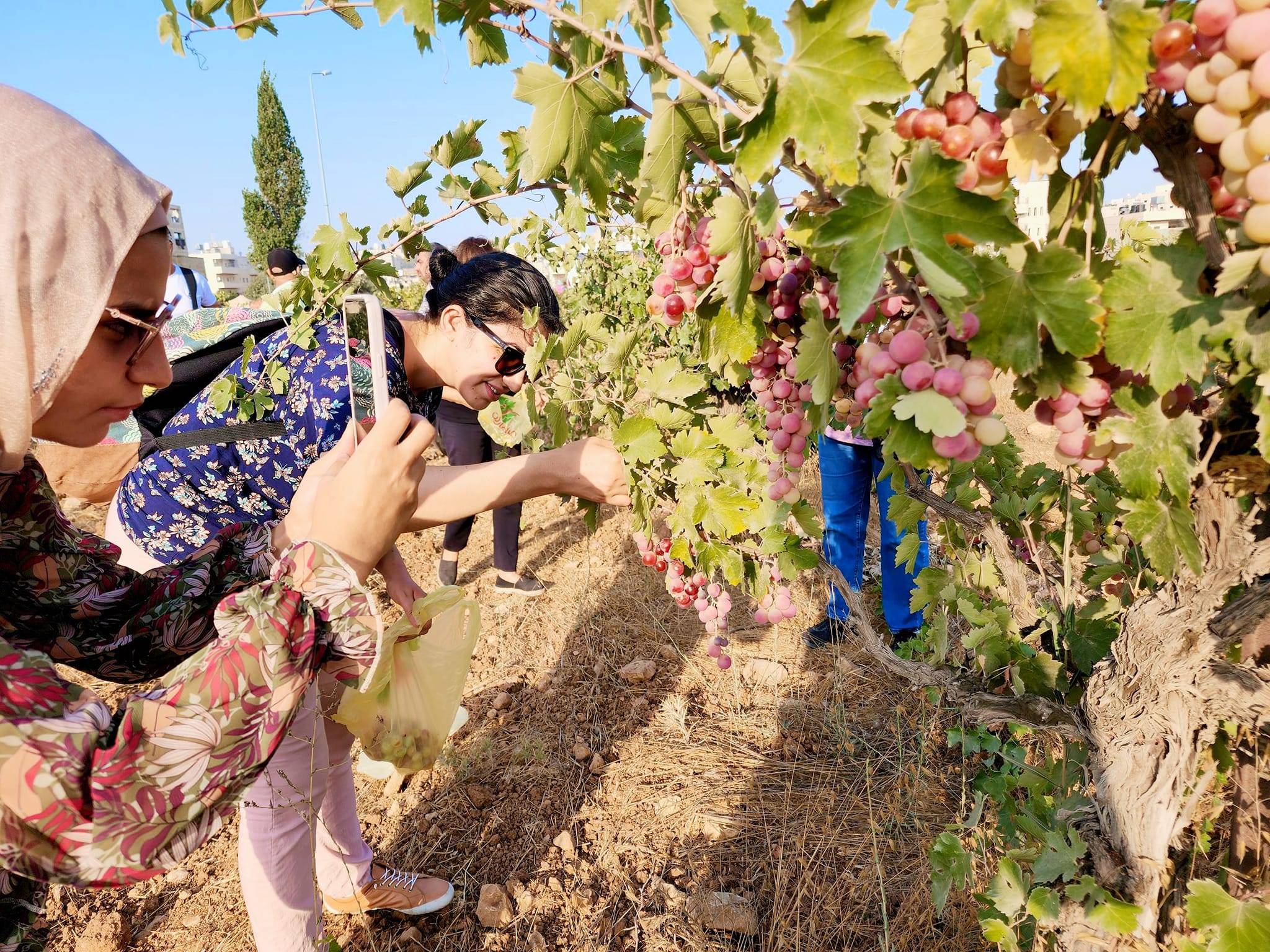 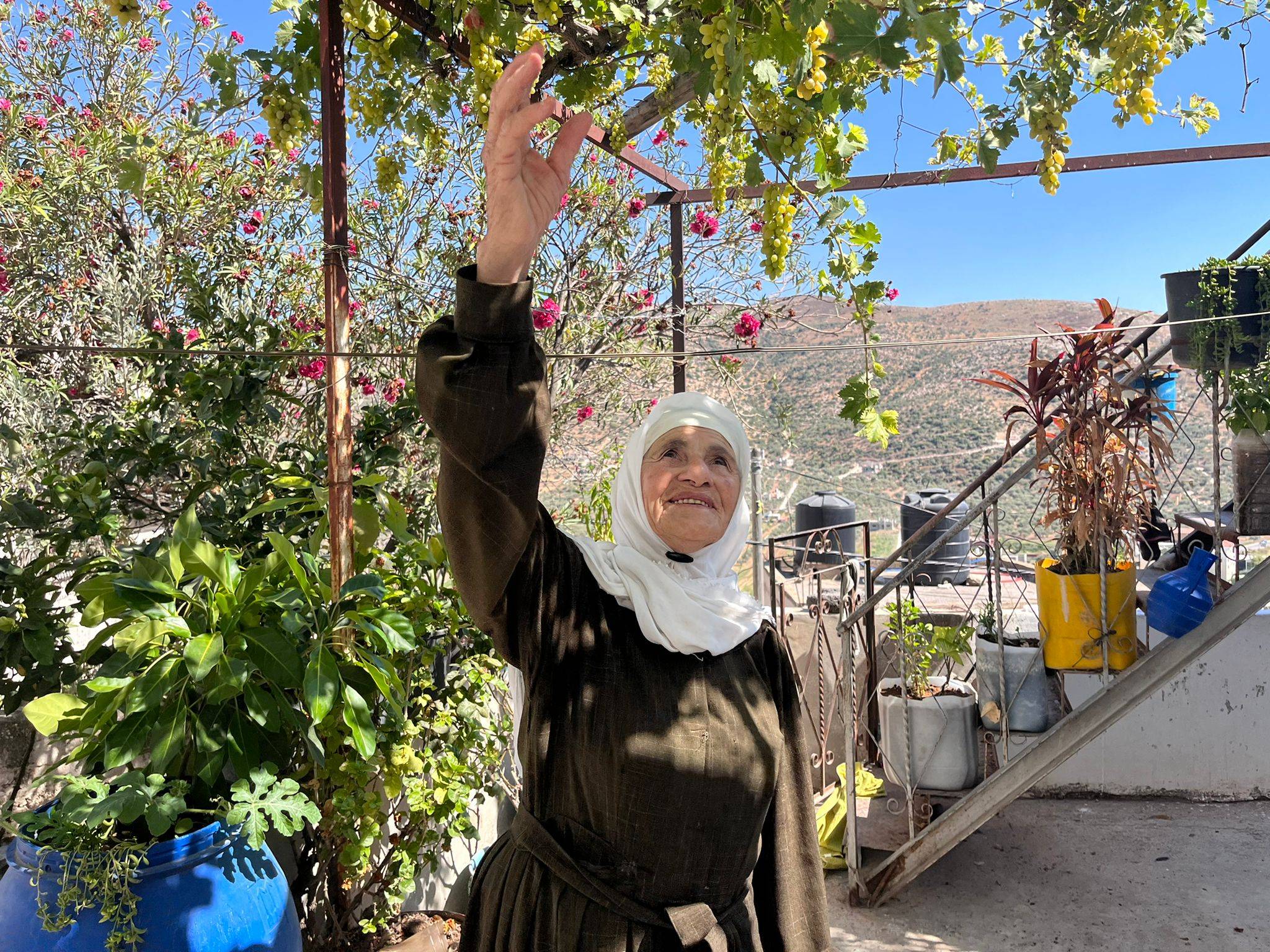 The Palestinian farmer has handled and used natural materials that helps him to preserve and maintain or transform the agricultural product into another state in order to make it easier to sell and also store it for longer periods of time. The following is a transmission of some knowledge, including the way of making raisins:

- Burning cuttings of grapevines (Al-Abbari) as resulted from pruning in order to take the ash after being purified where it must be very soft
- Bring a bowl with a capacity of about 7 â€“ 10 litters of warm water with a temperature of about 40 degrees Celsius
- Add two large spoons of olive oil to the water
- Add to the mixture two spoons of soft ash resulted from burning old branches of grapevines
- Blend the mixture well to have a homogeneous mixture
- Immerse the bunch of grapes into the mixture (warm water + olive oil + ash of grapevine branches) for one to two minutes
- Get the bunch(s) out of the bowel and put them onto a clean gauze as is, then cover them by a soft fabric (Shibl) that does not allow flies or mosquitos to pass through and reach them.
- Leave them in the sun for two weeks then take the grapes out of the bunch and store them well.